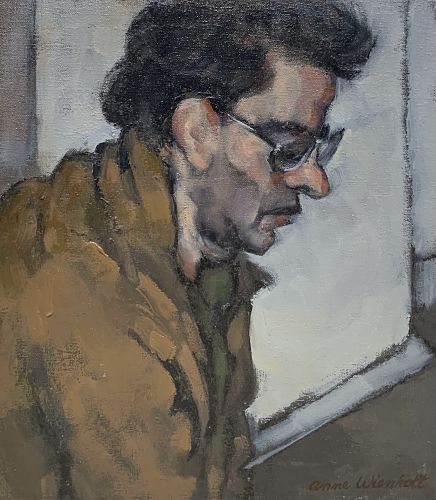 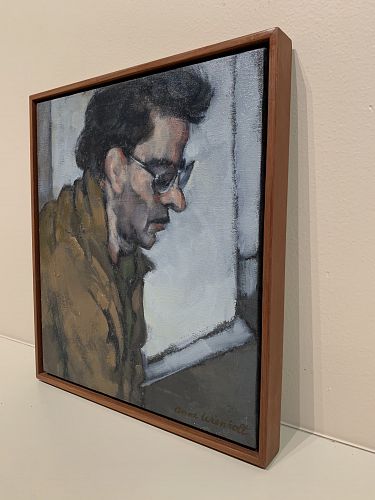 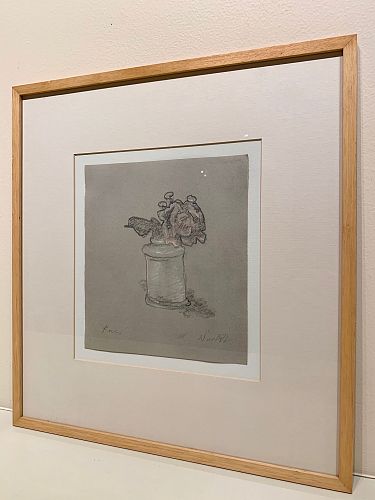 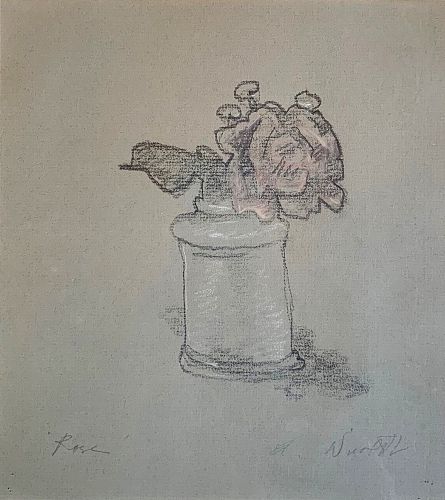 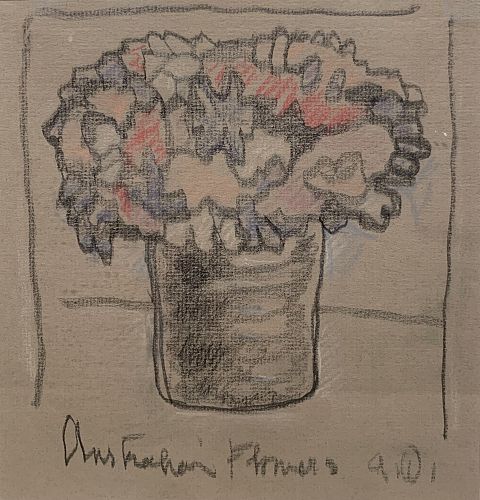 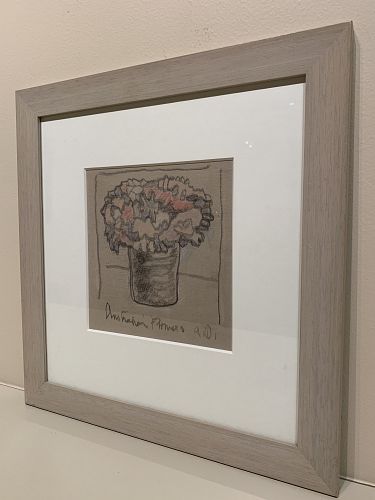 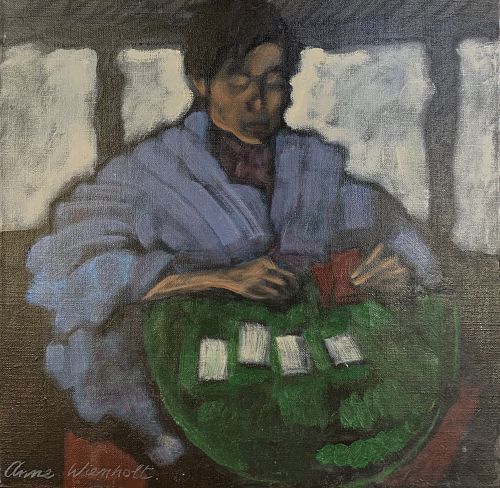 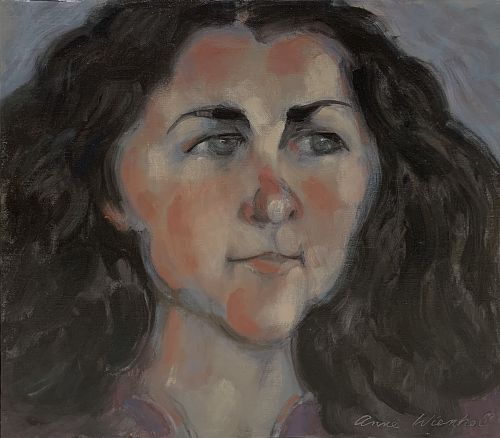 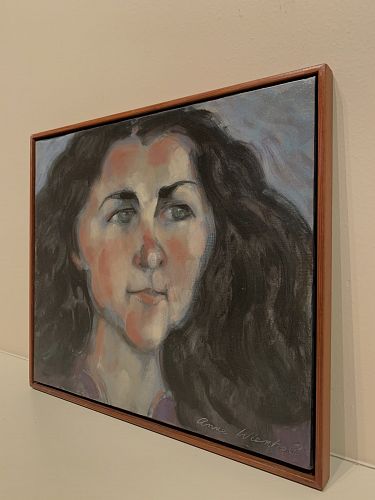 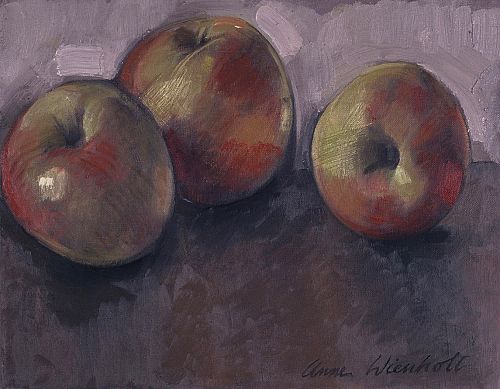 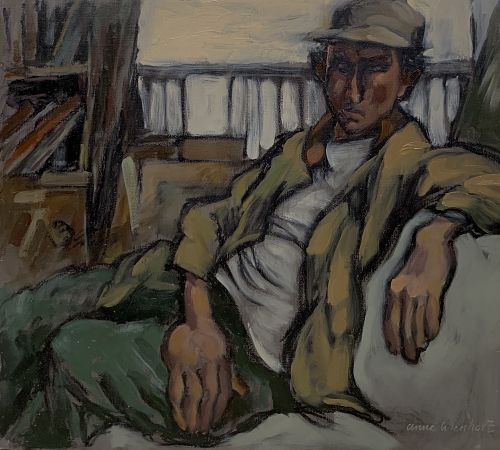 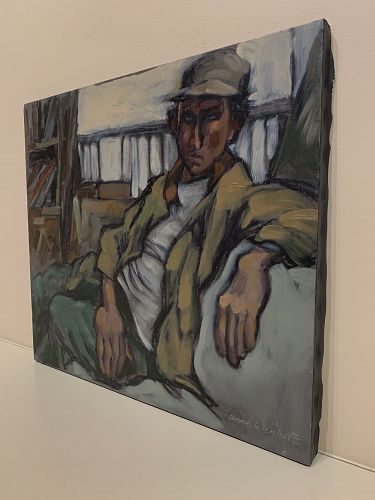 Young man in the studio
46×51cm oil on canvas 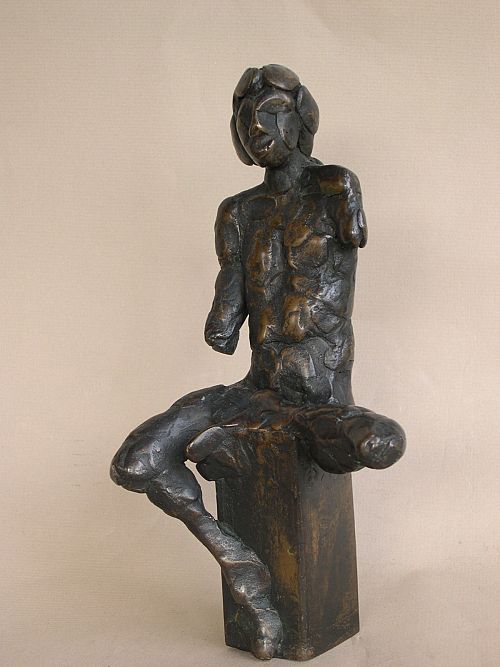 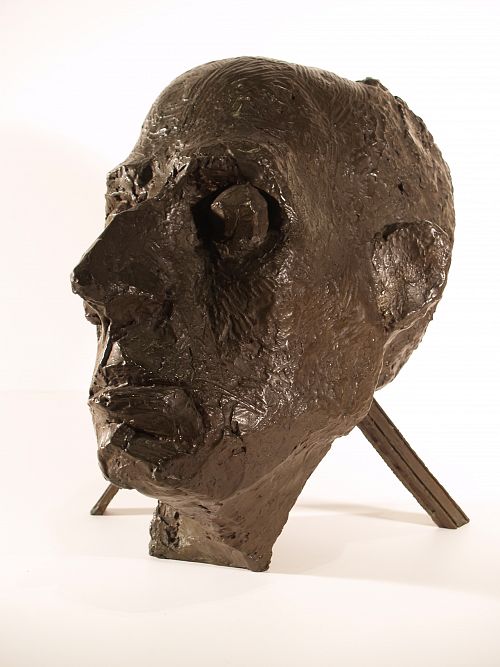 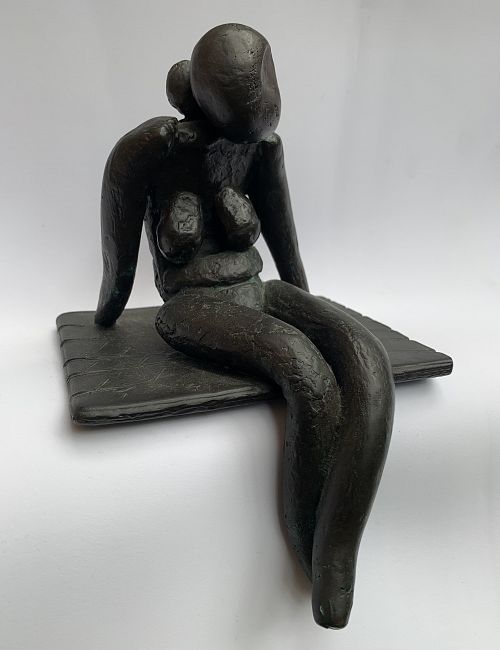 The most interesting quality of Anne Wienholt’s sculpture and drawings is her constant searching for the innocent vision of the unspoilt eye. Through the act of drawing, and drawing quickly so that it is instinctive and not a selfconscious act, Anne Wienholt stalks reality for this elusive quality. It is a difficult pursuit because we are all more or less drowned in stereotyped ideas about what our eyes see and find it impossible to look beyond the verbal boundaries to the mystery of things in space and time. Anne Wienholt’s sculpture is the final outcome of this searching. It is sophisticated, private, vulnerable and original.

For me drawing is the basis, the underpinning, the compost, if you like, for the all the visual arts. Its difficulties lie not in the hand or eye, but with the self-conscious mind. Sadly, by adulthood most of us have censored out nine-tenths of the visual world (Don’t stare child!) and content ourselves by seeing only what we “know” to be there. While in actual fact men and women, flowers, dogs, and hats, look far more curious, strange and wonderful, than we have permitted ourselves to believe. So it is with visual curiosity I would like to approach the world, and have my work in its several forms so approached.

My drawings are in rag paper, often of intermediate tone. A graphite stick or 6B pencil is used, and sometimes touches of pastel pencil are added.

Born in Leura NSW in 1920. After studying at the East Sydney Technical College under William Dobell and Frank Medworth, Anne was awarded the 1944 NSW Travalling Scholarship which enabled her to travel to the United States where she arrived on January 1, 1945. Anne had boarded at Merioola, a house in Rosemont Avenue, Woollahra run by Chica Lowe that was home to a number of artists in the 1940s including Donald Friend, Justin O’Brien, Francis Lymburner, Loudon Sainthill, Mitty Lee Brown, Kate O’Brien and Alec Murray. In New York she studied painting with Yasuo Kuniyoshi and Rufino Tamayo, and printmaking with Stanley William Hayter. After a period in Kingston Jamaica, she also lived in North America, with frequent travels to Europe and regular visits back to Australia. She lived in California from 1970 until she died in 2018. She was a sculptor, painter and addicted to drawing. 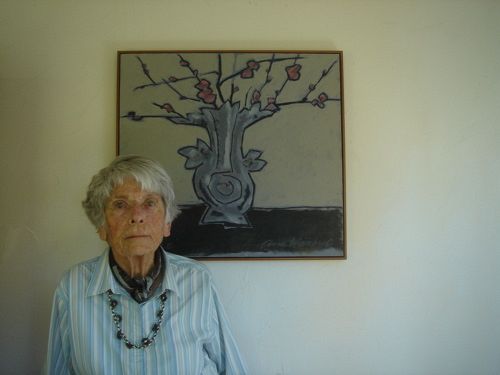