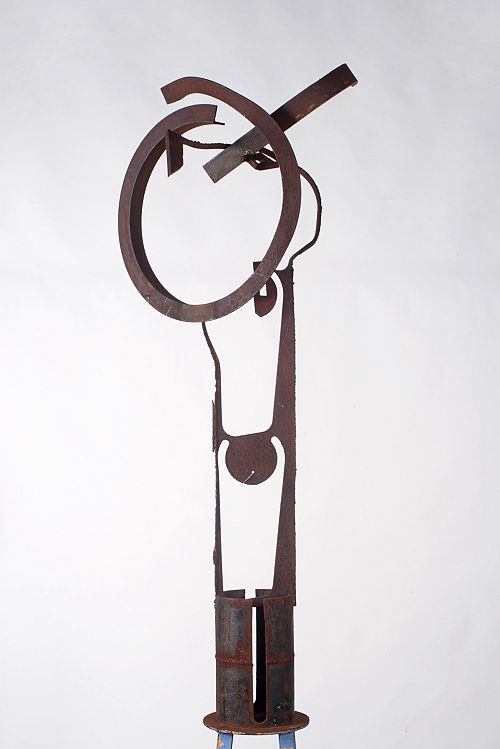 He worked predominantly with different types of scrap metal and these materials he transforms into a new natural order. Some of the pieces have monumental proportions in this exhibition which exceed two metres, others are more miniature table sculptures. What is common in all of his sculptures is his remarkable ability to transform pieces of scrap metal into meaningful sculptural forms which have a huge presence, a distinct identity and which speak of a new natural order

He had that rare ability in that he was able to create a new and convincing reality through which the viewer can be seduced, enchanted and captivated. Although his sculptures are non-figurative and do not imitate anything representational in the seen world, in the final analysis his sculptural creations do belong to the grand tradition of humanist sculpture. In other words, they interact with us on a human and emotive level: we come to believe in their existence not only as aesthetic objects, but as metaphors for the human spirit.

Erwin Fabian exhibited for about half a century, and his work continued to grow in intensity, refinement and distilled beauty. 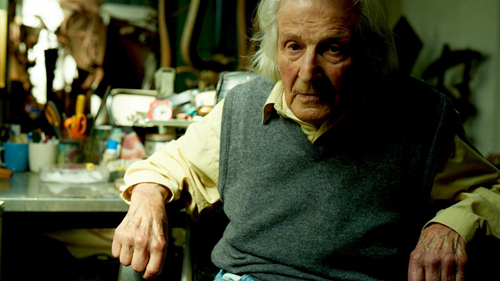 John McDonald John’s May 2015 Newsletter
Grey power is amply demonstrated at the Robin Gibson Gallery, with a show of abstract metal sculptures by Erwin Fabian, who is a mere 100 years old. Most of us couldn’t imagine bending pieces of iron like Erwin, at any age. He is one of the unsung legends of modern Australian art, and there seems to be no diminution in his powers whatsoever 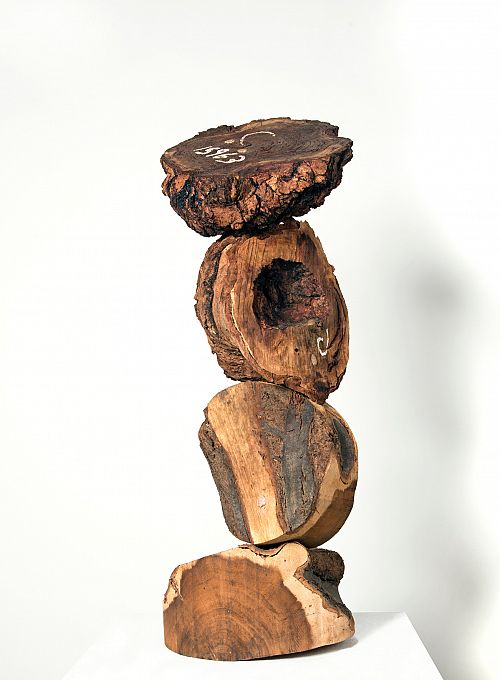 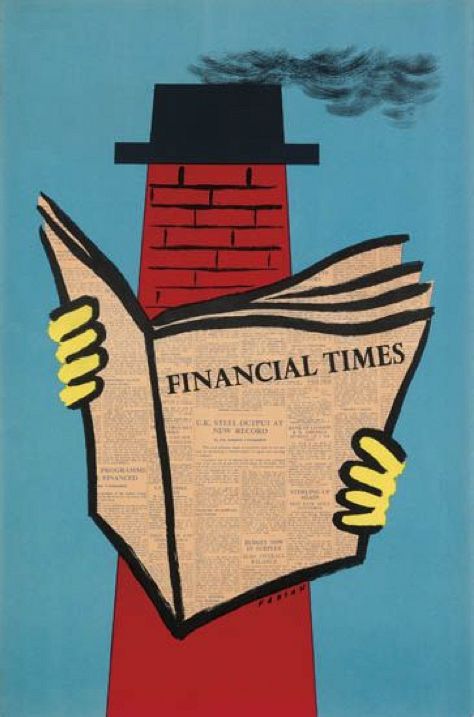 Financial Times 1955 poster designed by Erwin Fabian
“The character of the illusion,” Ernst Gombrich wrote, “is hard to describe…” at the same time acknowledging that it had the capacity to “amuse and intrigue us”. 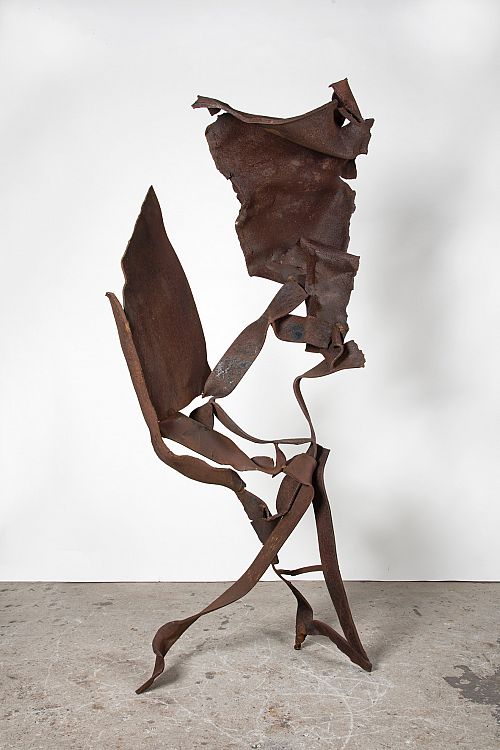 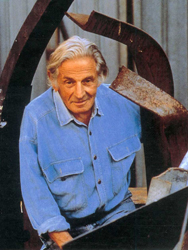 Born in Berlin in 1915, son of the painter Max Fabian (1873-1926). Left for England in 1938, interned, and deported to Australia in 1940 on the troopship Dunera. After internment, joined the Australian Army, later transferred to the Army Education Unit, to do covers and illustrations for its ‘Current Affairs Bulletin’, until demobilisation in 1946. Left Australia for London in 1949. Worked as a graphic designer in London until the 1960s, lecturing in Graphic Design at the London School of Printing and Graphic Arts. Returned to Australia in 1962. Held his first exhibition of sculpture at the Hungry Horse Gallery in Sydney. In 2000-2001, a large retrospective exhibition, ‘Max und Erwin Fabian: Berlin – London – Melbourne’, was held in the Stadtmuseum Berlin (Ephraim Palais).