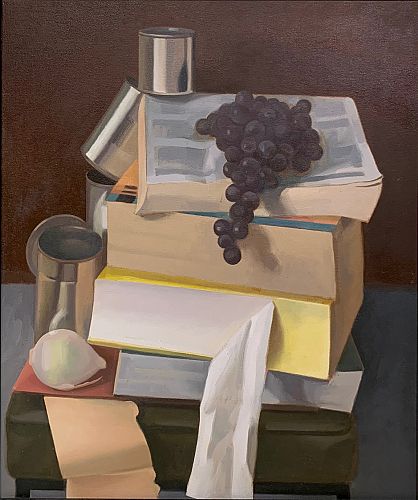 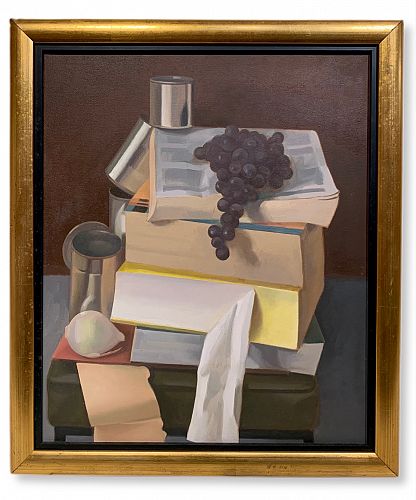 “Peter Blayney was one of my lecturers in Painting in the mid 1980s.
He was one of the most intelligent and articulate people I have ever met.
Always looking beyond the obvious to discuss subletities of drawing and colour that I hadn’t thought of.
He was always supportive, insightful, generous and funny.He was that rare thing, genuine artist . Not in it for money or pretence.
It was a great gift to have known him.” 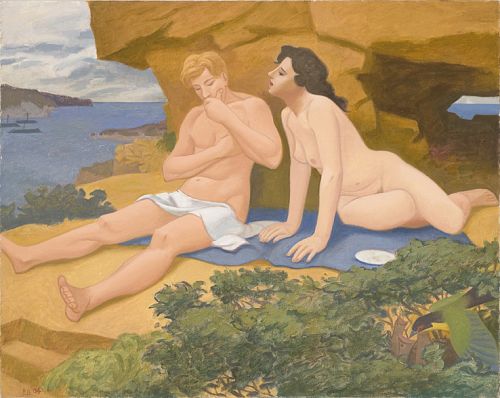 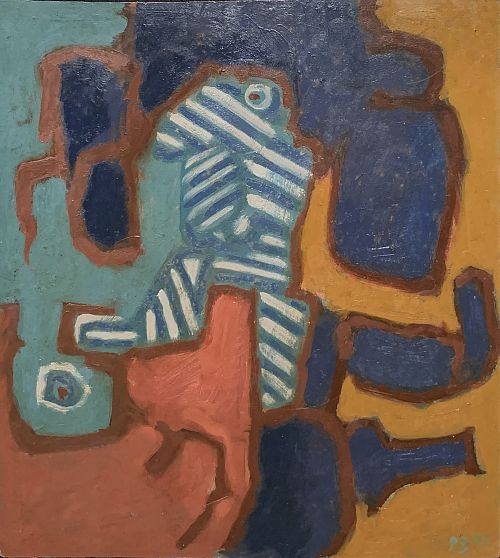 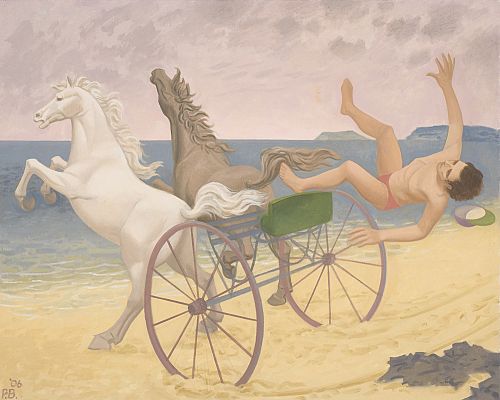 Illusions: claim to have had a great many and complain that you have lost them all Flaubert’s Dictionary of Received Ideas.

“I’m laughing at myself,” Peter Blayney confesses, “but I can’t stop. There is a side to my work that is entirely ridiculous. I paint these things because I’m disillusioned with the present, but I’m an old man and I’ve a right to be disillusioned if I want to be – although I wish I wasn’t.”

There may be an overtone of humour in Blayney’s mythological paintings, but there is also a genuine fascination for the Greek and Roman legends, and a recognition of their timeless, universal relevance. Now in his eighties, Blayney made his first attempts at depicting the classical myths when he was studying ancient history at high school. In the years that followed he has painted in a naturalistic style, experimented with lyrical Abstraction, and returned to the neo-classical mode he admires in artists such as Poussin.

Elwyn Lynn once called Blayney “the overlooked artist”, and this remains true today. Having worked consistently for more than sixty years he is overdue for a survey exhibition that does justice to his long and varied career.

Although he has tried from time to time to work with greater freedom, Blayney is an intellectual painter. He has a great respect for the written word, and will think through a series before he picks up the brush. Like Poussin, and like artists such as Herbert Badham, Jean Bellette and William Dobell, who were his teachers and mentors, Blayney works hard on his compositions. His usual method is to paint a sketch in oils before moving on to a larger scale.

These mythological paintings are full of wry references to the present, and occasionally to the artist’s Australian roots. Zeus has come to Leda in the form of a black swan. Adonis, who seems rather embarrassed by the attentions of a nude Venus, is dressed casually in jeans and T-shirt. He holds a rifle – a weapon that might have saved his classical predecessor, who was killed by a wild boar.

The soldier saying farewell to his wife and child in On the Trojan Wall, could be a member of the Australian Peace Keeping Force rather than a defender of Troy. Hercules may resemble his classical self, complete with a strip of fur around his loins, and a massive club, but he has left a jeep parked in the driveway.

If Blayney’s figures are not entirely serious, neither are they merely comical. They may appear at times like characters in a soap opera, but the scenes they act out are mostly brutal and tragic. Do we see them this way? These deadpan images seem to allude to the way that movies and the media have accustomed us to violence and immunized us against tragedy. If there is one illusion that Blayney would probably wish to preserve, it is the idea that viewers may still be moved and stirred by the stories that have laid the foundations of western culture. No matter if they are depicted in T-shirts or in togas, these Greeks are our contemporaries.