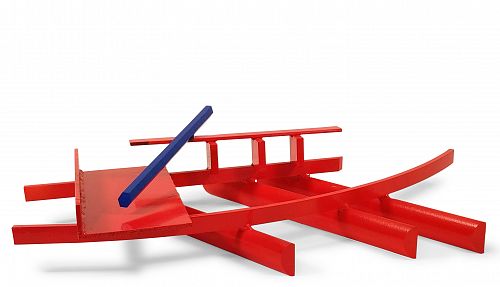 Simon Hodgson’s sculptures are about space and how we inhabit and negotiate the world we live in. Simon’s new abstract sculptures turn introspective. Retaining the skeletal quality of his earlier works the sculptures are drawn out with a more complex, sophisticated use of line. More austere in their articulation, the surface still retains enough of the artist’s hand to reveal what is human about the work. Scaled to the domestic “ the sculptures emphasize our relationship to functional space, the things we use. Rather than a bodily encounter – the experience is one of the familiar, of being with everyday commonplace objects

Simon Hodgson was born in Sydney in 1972 and completed his BFA (Honours) in sculpture at the National Art School in 2012. He has been selected as a finalist in the Gosford Art Prize, Sculpture in the Vineyards at Wollombi and Sculpture at Sawmillers at McMahons Point in Sydney, and included in Sculpture by the Sea at both Bondi and Cottesloe. Simon Hodgson has been exhibiting with Robin Gibson Gallery since 2013 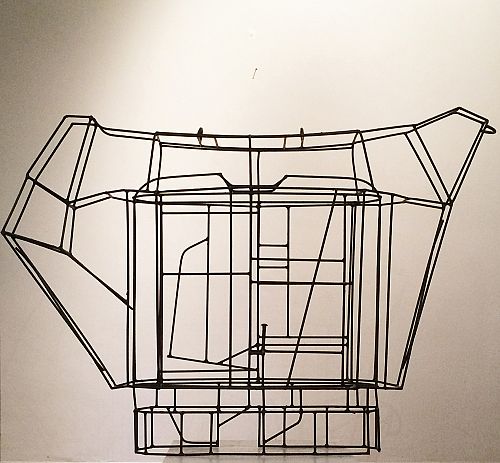