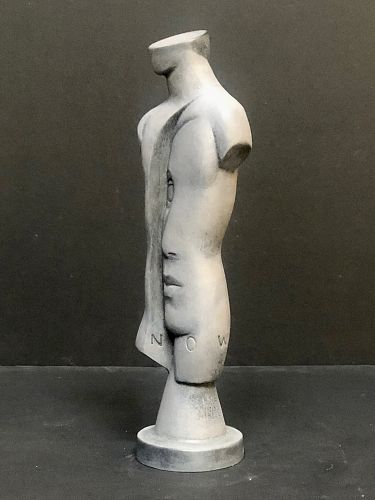 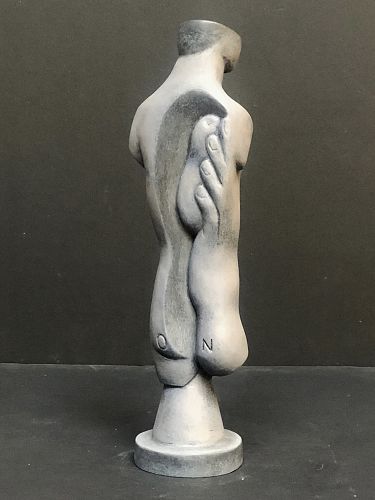 Terry Stringer is a leading New Zealand sculptor. He trained at Elam School of Fine Arts graduating with Honours in 1967 and in the following years received virtually every significant scholarship and award available to New Zealand artists. In the late 1970s he was awarded the prestigious Queen Elizabeth II Arts Council Scholarship three times.

He is a key figure in the history of art in New Zealand, a sculptor with an established reputation. This was acknowledged in 2003 when he was the recipient of the country’s national honour, the ONZM (Officer of the New Zealand Order of Merit). His signature works have become synonymous with high profile public sites throughout Aotearoa/New Zealand, including The Risen Christ in Christchurch’s Cathedral Square, his Grand Head in Wellington. He has just completed The World Grasped for Newmarket, Auckland.

In addition to public and private sculpture commissions, Terry Stringer has been involved in various theatrical projects. Downstage Theatre, Wellington commissioned him to design sets and costumes for Cabaret, and the Royal New Zealand Ballet for Images of Desire.

Throughout his career Stringer has exhibited extensively, with solo shows in Auckland, Sydney, Los Angeles and London. He lives and works in Auckland, New Zealand.

Standing face to face we see the front half of each other. If I step closer, your features enlarge on your face as your ears disappear around the horizon of your head. Your details become rearranged and emphasize your thoughts. If I step around you, will I leave your portrait space and find out your background? Such is sculpture making.

A piece of sculpture can be one subject when seen from a particular direction, but can change to another when the viewing angle is altered. My intention when making my work is to give viewers the reward of a surprise when they investigate the piece. Sculpture can have a series of horizons beyond which its world changes.

Also hidden behind the facade of the sculpture and out of immediate sight is a story of how the piece was made and the life of the artist. What the viewer sees is a final outcome of a number of actions, encircled by an horizon. Ian Hamilton Finlay contends in one of his Six Definitions, that an horizon is an explication. He quoted Coleridge as saying that it is the first line of hills for valley dwellers. Climbing out of the valley to see another point of view, broadens the prospect. 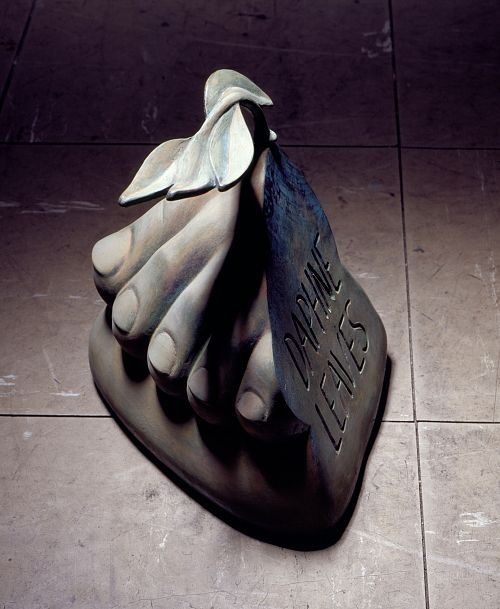 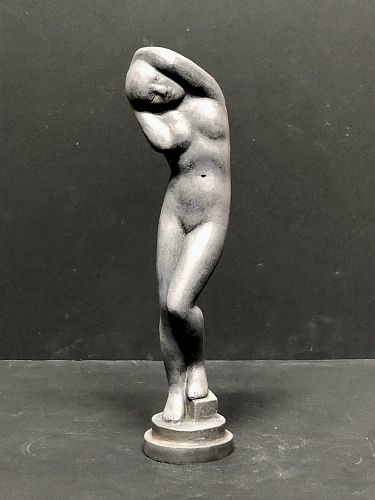 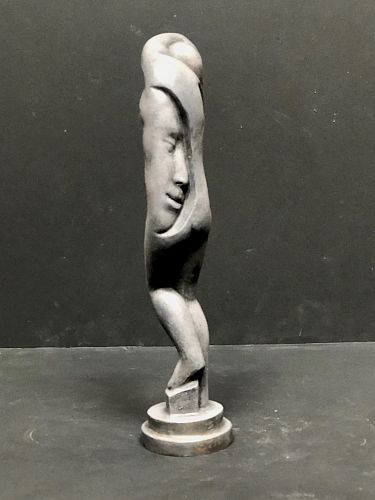 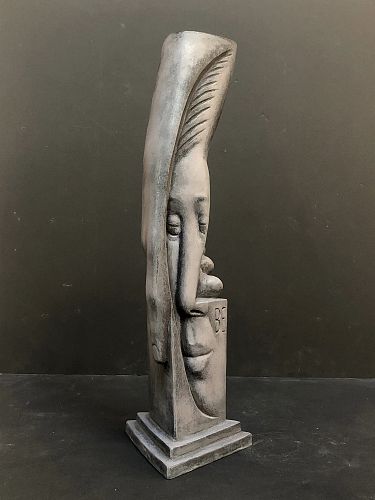 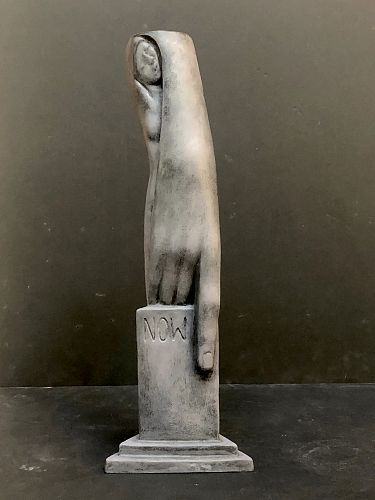 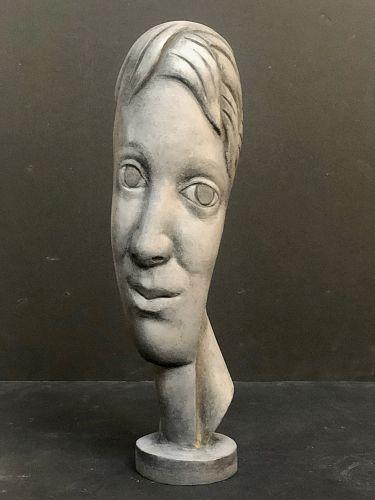 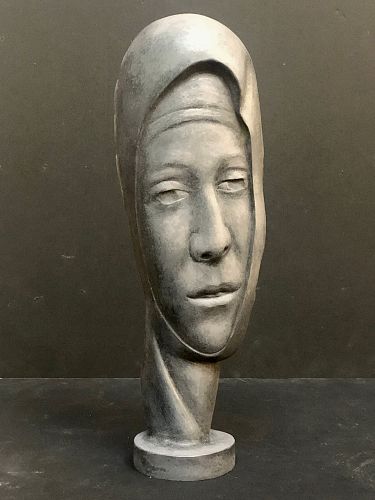 The Saint and the Angel
39cm high bronze 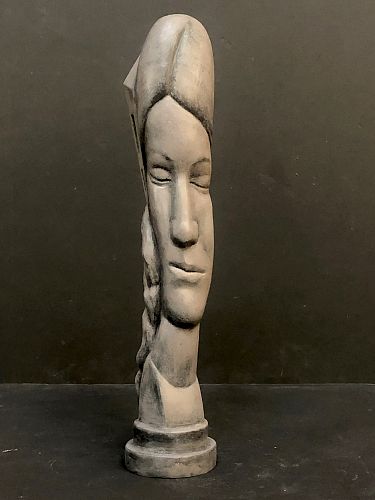 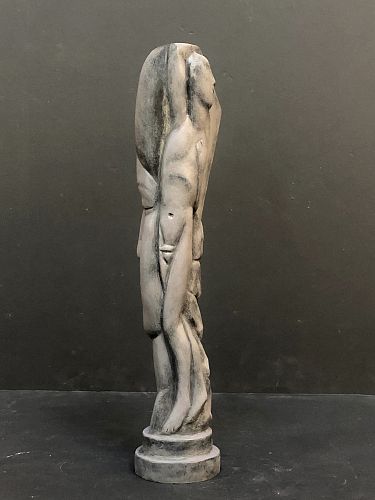