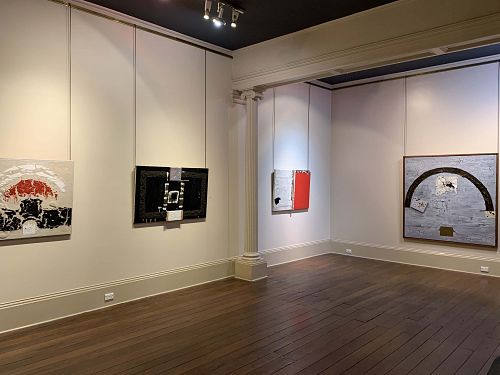 Elwyn Lynn (1917-1997) occupied a remarkable position in Australian art of the second half of the 20thC.

The later work of Lynn maintained his interest in damaged and shredding surfaces, and his frequent and adventurous use of assemblage elements. These late works were also marked by an expressionist vehemence and a daring informality.