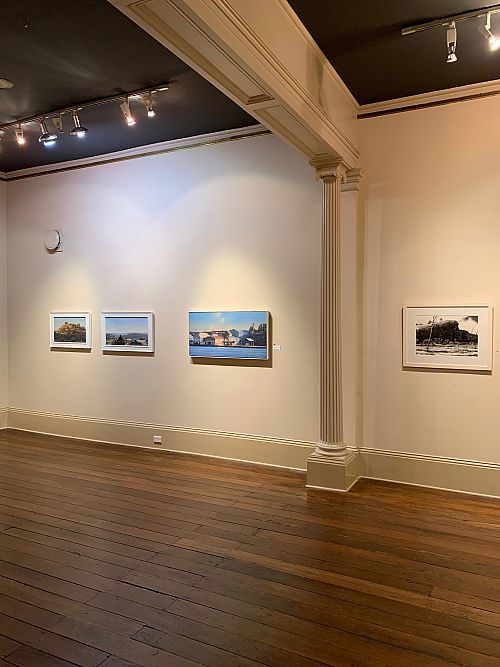 The earliest of these works was painted in 1979 and while there has been a consistent approach to the subject over the intervening period, I am conscious of a slow evolution in terms of both the treatment of light and pictorial structure. In 2019 my inclinations as a realist painter are undiminished and I still find the complex and interdependent relationships of the myriad details that make up our visual world as fascinating as ever.

The pictures I painted as a young artist were often set under a cloudless sky in the blaze of a noonday sun but later there developed a tendency to use a more oblique light source and stronger tonal passages, allowing forms and details to become a little more diffused and perhaps a greater degree of mood and even occasionally, a sense mystery.

None of the above has been the result the contemporaryÂ Â art world’s predilection for academicÂ Â “interrogation” andÂ Â “inquiry.” Rather it has been a slow evolution of unconscious conclusions reflective of the ever changing perspectives which age presents. While I hope I have made some advances, inevitably there have also been some losses but I leave it to others to judge the results!