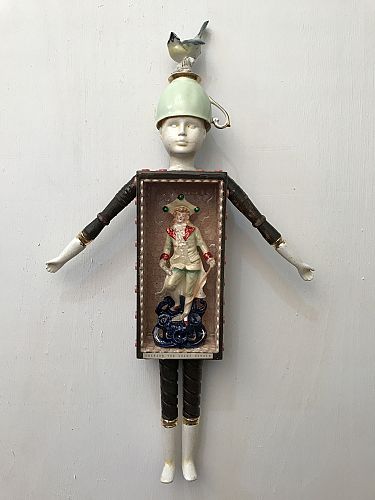 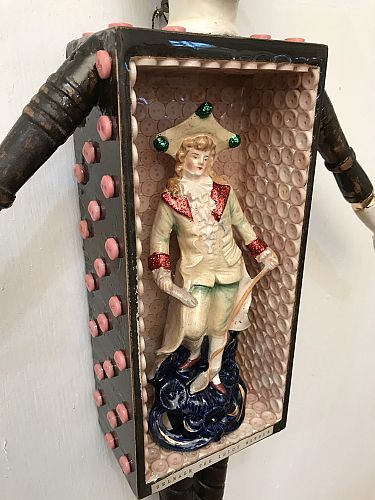 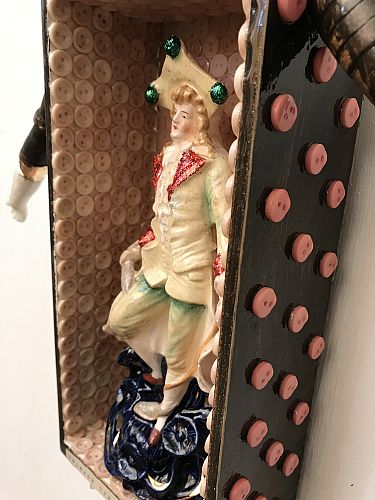 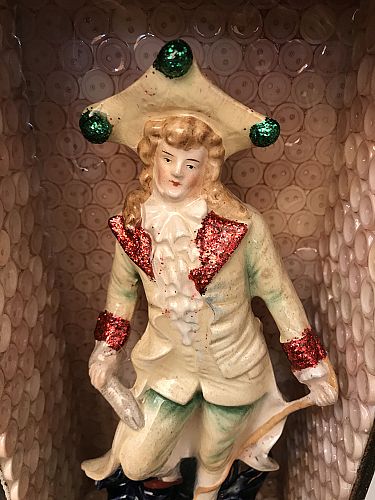 Strangeness of the Familiar

Each doll assemblage represents a different thought process and a different set of emotions. Their physical form gives expression to psychological states such as anxiety, melancholy, desire and confusion. They draw upon the concerns of identity, sexuality, religious belief and questions of a meaningful existence. They are bodies that hold time worn objects discarded by unknown people.

Each assemblage is infused with the textures and substance of an elusive, concealed world. In my love of fabricating appearances, the aesthetic qualities of wood, paint, image and incidental phrases of text, serve as another layer of inquiry. Wandering suburbia, picking up discarded things on throwaway piles, in opportunity shops and second hand bookshops, I fill my studio with the clutter and disarray of thousands of objects. This is the raw material for a more playful and spontaneous approach. The synchronicity of a found object or utterance will augment and enliven the assemblage. The collecting and gathering of objects that have been held, worn, fondled and read, weaves the richness of history into the surface of the present. A ‘creative assembly’ of interests and fascinations is held within the constructed interior of each body.

The devised or fantasy world created by the artist is pervaded by the intimacy of otherness and lived experience. Across time and across lives, the character of each doll assemblage tells a visual narrative. Uninhibited combinations or unfathomable gestures will sometimes give rise to a disturbing visceral aspect. Diverse or fragmenting forces may be competing for control of the body and its statement. The innocent quality of the doll surreptitiously scrambles the past, inviting memory to rearrange the present 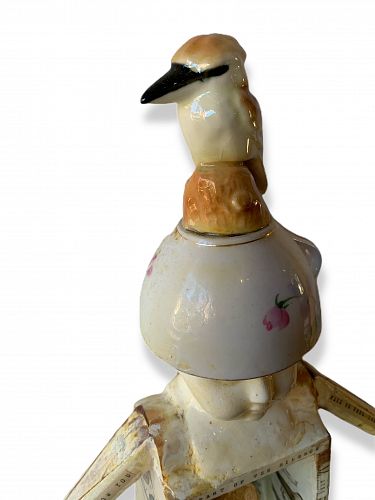 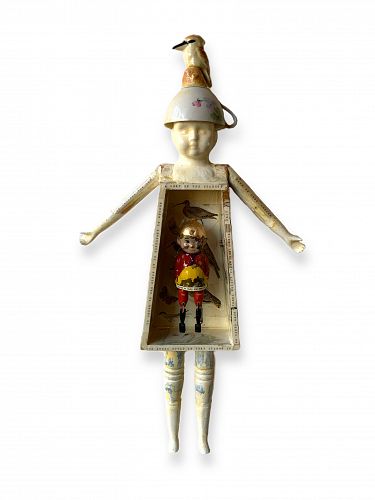 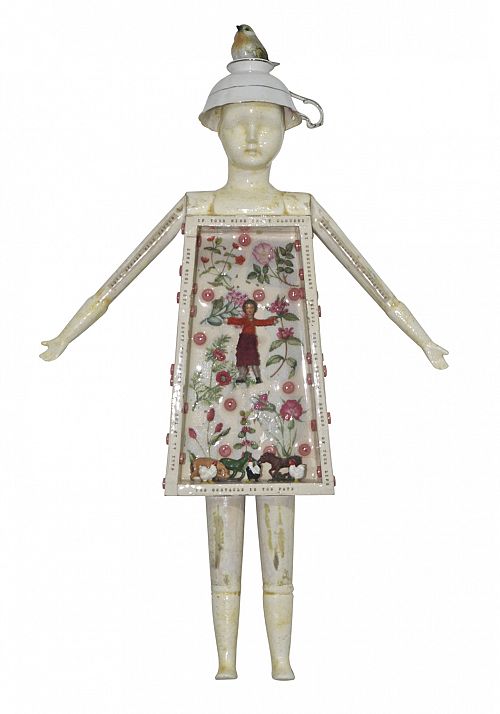 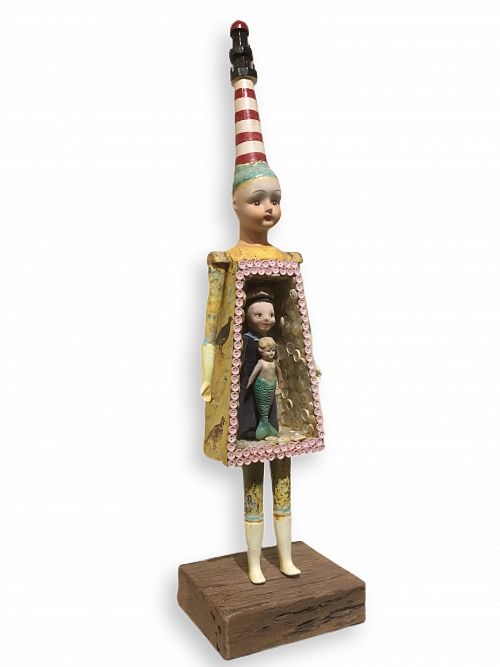 The Light House Keeper
86cm high mixed media/assemblage
(the sculpture can either stand on a plinth as illustrated here, or hung on a wall without the wooden base) 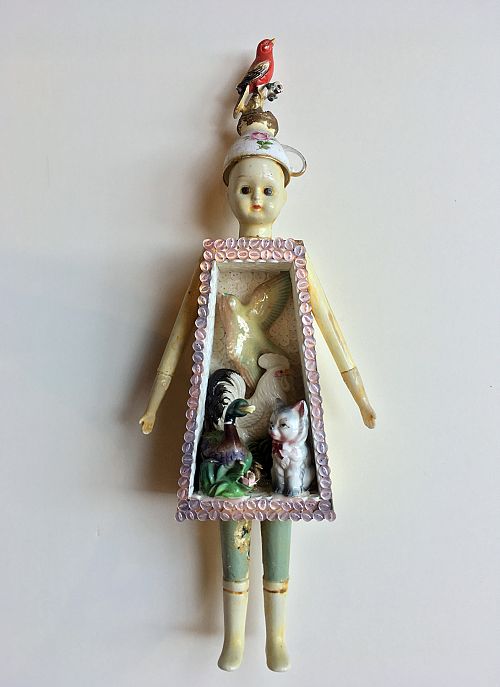 A Lover of Birds mixed media / found objects 70×30×10cm
(this sculpture can eitehr be hung on the wall as illustrated here, or it can be freestanding with an attachable wooden base)