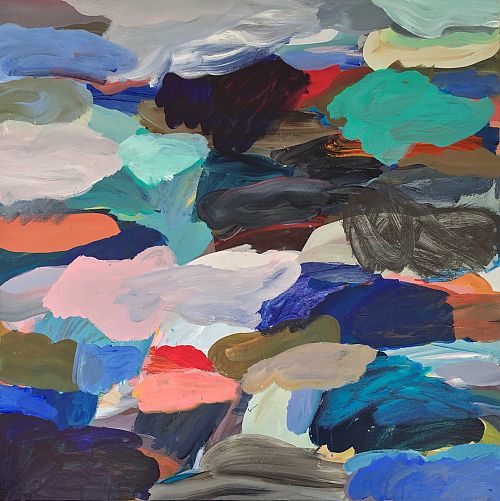 My compositions often start with bursts of colour and paint, building into slow and considered finished works which often relate to place. Forms develop and evolve within the layering of paint, through a process of revisions, reprisals, and counterattacks. I use the line of the horizon in all my paintings as a ‘stage’ for the paint – to mirror the rhythm of clouds, set against a collage of a memory of the urban landscape 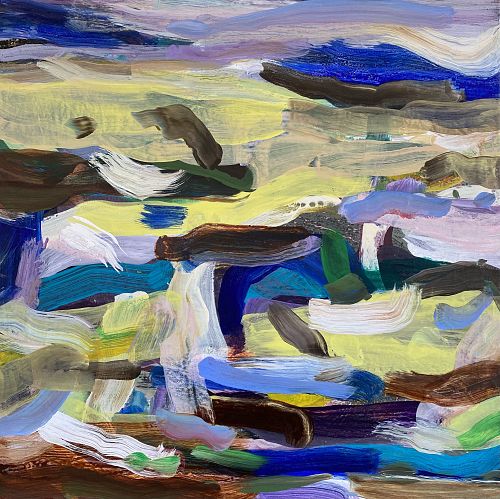 Shadow of your smile
66×66cm acrylic on canvas 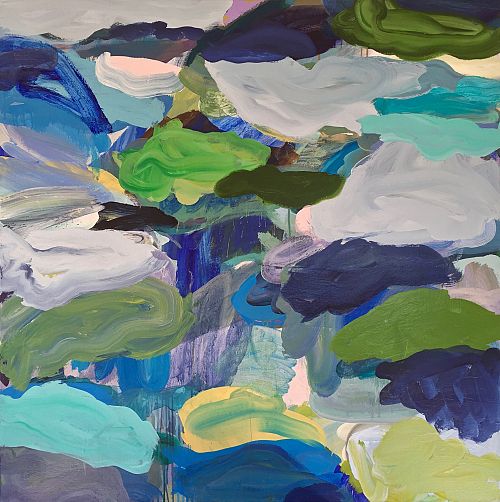 Once More with Feeling
102×102cm acrylic on canvas 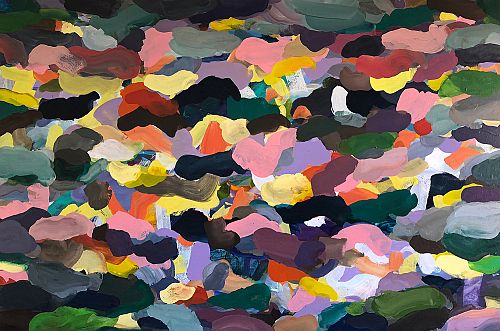 Andrew Hopkins is a Sydney based artist who completed his BFA at the National Art School Sydney in 2009. He was a finalist in the Brett Whiteley Travelling Scholarship in 2016 and 2017, and a finalist in the William Fletcher Biennial Travelling Fellowship Residency at the British School at Rome in 2013. His works are held in numerous private & corporate collections including Allens Sydney