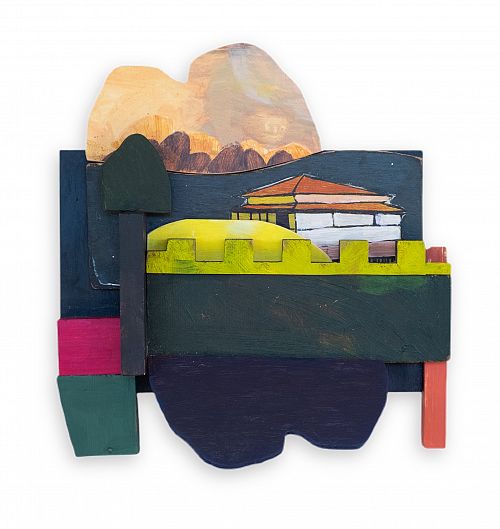 These works are constructions using found timbers and recycled offcuts from various sources. The subject matter is the natural world, but also its interaction with people and the built environment. Living on the NSW Northcoast I feel inextricably linked with the natural world – whether it is flood, fire, erosion from storm surges, drought, or just the prevalence of wild life, farm animals, waterfalls, bush, canefields, mountains, rivers and lakes. These works might feel whimsical – but really they are about taking whimsy seriously, trying to pay attention to the things that may not feel so important, but are probably the most important

Born in Aotearoa/New Zealand in 1971, Dave lived in Auckland, Canterbury and Singapore before immigrating to Australia to live in Sydney’s Inner West in 1997. He has lived on the New South Wales Far North Coast since 2008. He majored in sculpture at the National Art School in Sydney, winning the Julian Beaumont Sculpture Prize in 2002, and graduating with honours in 2003.