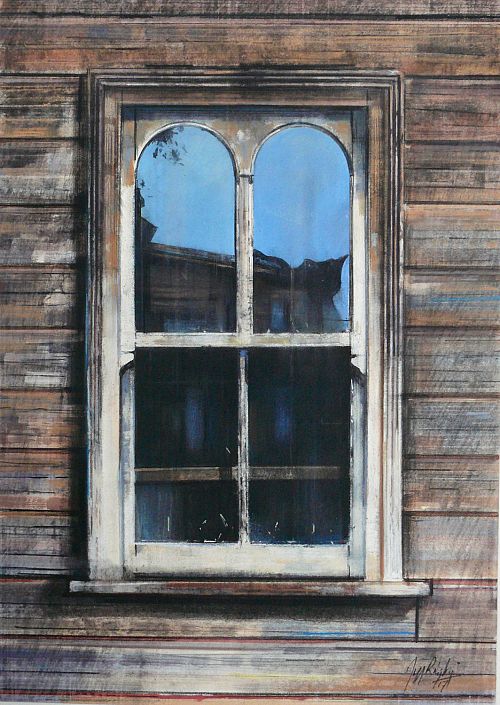 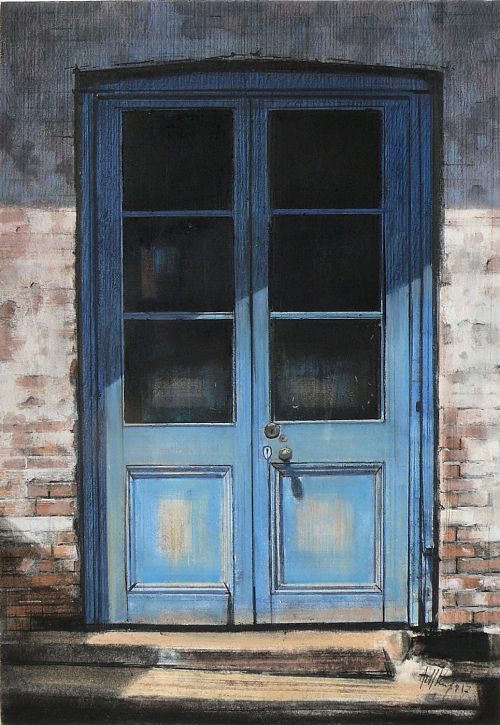 In 1975 Jeff had his first exhibition at Bonython Gallery in Sydney and in 1976 he exhibited at the Macquarie Gallery, beginning a long association which lasted until The Macquarie Galleries closed in 1993. During this time he had ten one man shows and participated in many group shows.

An interest in cityscape, Industrial architecture is offset by a long standing love of landscape, working in the mediums of gouache, acrylic, coloured pencil and charcoal.

He has inherited his love of the environment, built and otherwise and his devotion to objective painting and drawing from his parents Alan and Enid Rigby who were early conservationists and commercial artists from the 1920s and 30s.

Since 1976 Jeff has taught drawing and painting at various NSW colleges of TAFE, but principally at Meadowbank where he served continuously for twenty nine years. He has been a member of the Drawing Department at The National Art School since 2003. Jeff is also a member of the Australian Society of Marine Artists

I can best be described as realist, but while the actual truth is of some importance, I strive for the “look” of reality, rather than truth for its own sake. I feel quite free to add or subtract elements from the subject or perhaps change the light source for the sake of the picture. Sometimes, however, the subject is complete in itself and no additions or subtractions are necessary

Living in the Blue Mountains now, after having lived in Sydney, I tend to find my interest equally divided between the City and Central West, with occasional sojourns to places further a field. I have always painted Sydney, but my images are starting to relate to more of an idealised place, more to do with memories, than the city we know today.

Landscape has always appealed to me as a foil to the rigour of architectural form, but occasionally architecture creeps into that as well, usually in the form of functional working buildings, whose dynamics are always interesting.

While my interest lies in landscape and architecture, form, light and space are at the core of what I am trying to deal with. At a basic level, I am interested in a sense of timelessness in the fall of sunlight and shadow and the interrelatedness of all the myriad details of the world around us.

In this way there is recognition of times past and the possibility of things to come. The insignificant becomes remarkable and provides us with subjects for observation and reflection, a welcome relief from the absurdities of everyday life. 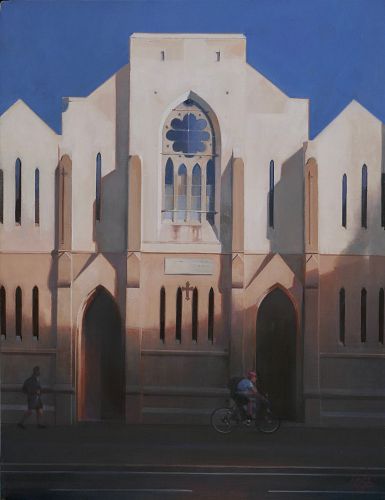 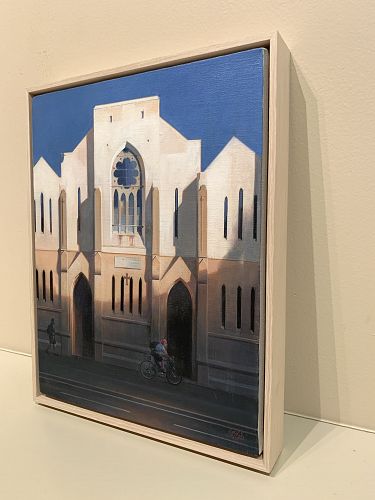 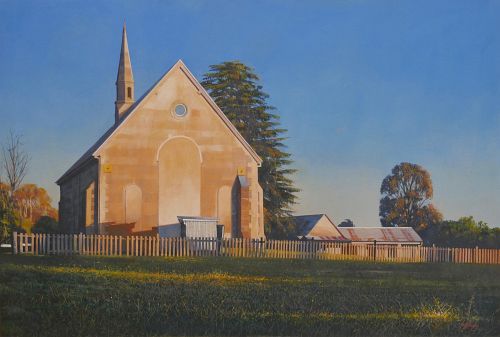 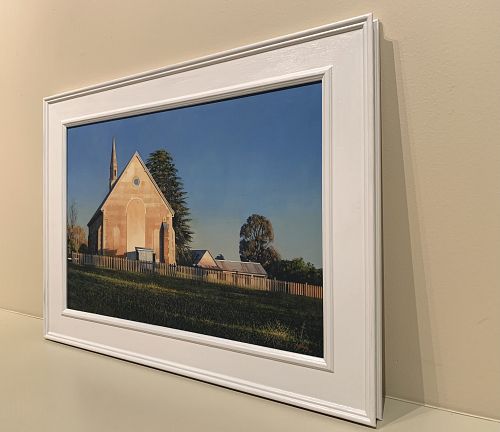 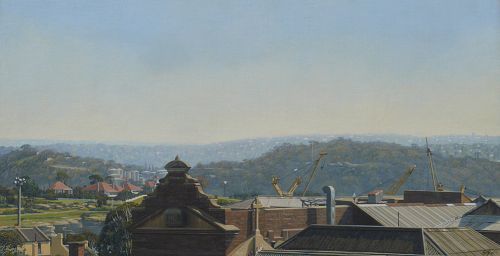 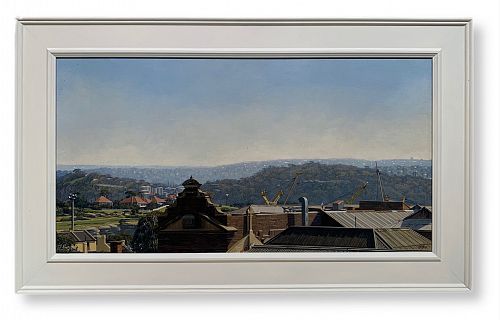 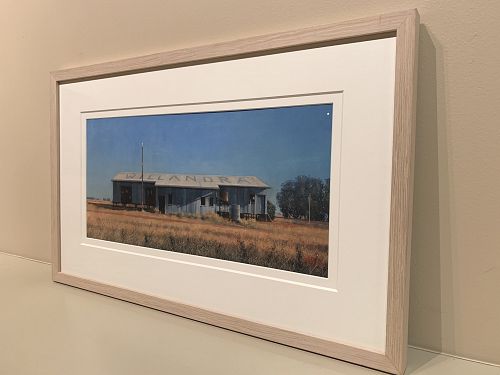 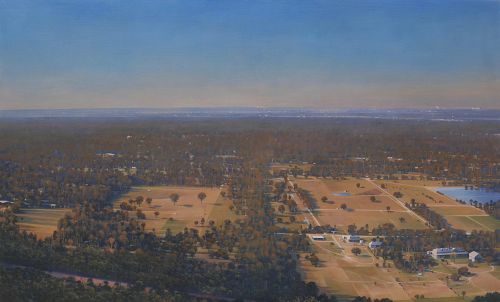 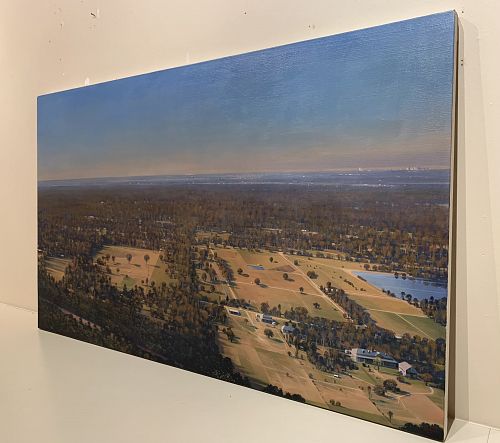 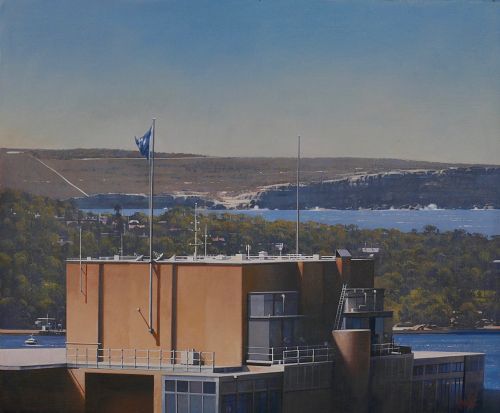 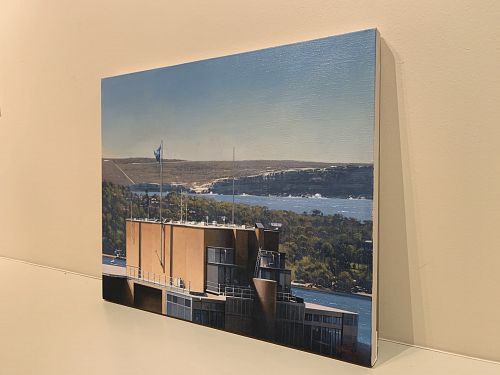 Born Sydney, 1948. Exhibited since 1975, Part time teacher of painting and drawing in NSW colleges of TAFE since 1975, and National Art School, Sydney