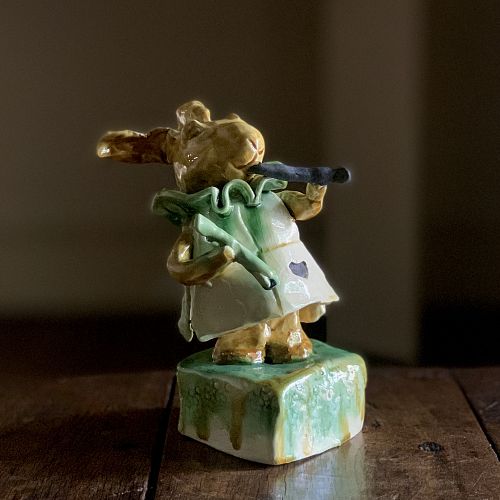 While travelling through Europe after having completed a degree in business studies, Karen realised she needed to study art. She then completed her Bachelor of Fine Arts in ceramics at the National Art School, Sydney in 2005 and was invited to exhibit with the Robin Gibson Gallery where she continues to exhibit regularly. A number of these exhibitions were in conjunction with the City of Sydney’s Chinese New Year Festival

Animals have surrounded me from an early age as I was raised in a family which constantly had pets as companions. I hand sculpt animals in a wide range of motions capturing the emotions and gestures they display as if they were humans

The lead glazes bring life to the animal sculptures I create, with bright happy, shiny colours which pool and merge, enhanced by flower and animal motifs. My works are drawn from my Chinese Australian heritage and I aim to bring enjoyment and beauty to the viewer clcink on images to zoom in

if you require shipping we can recommend a suitable courier 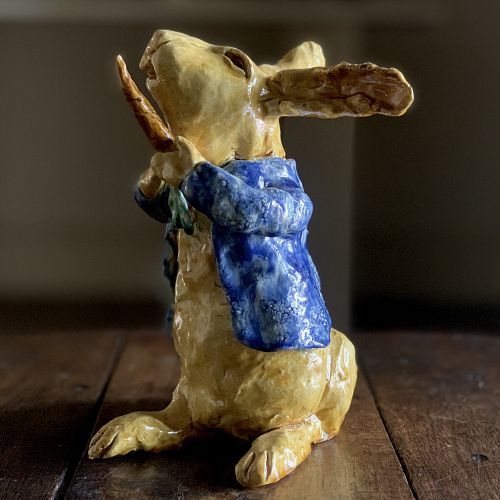 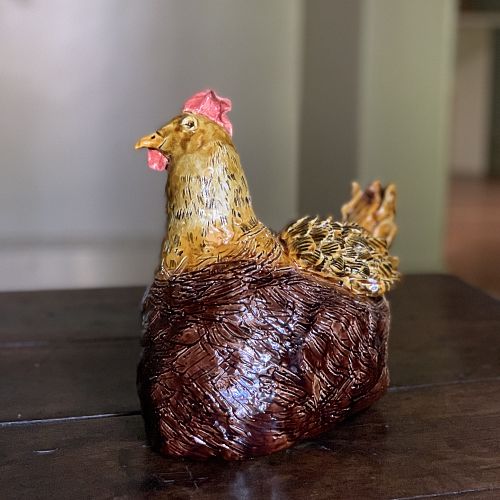 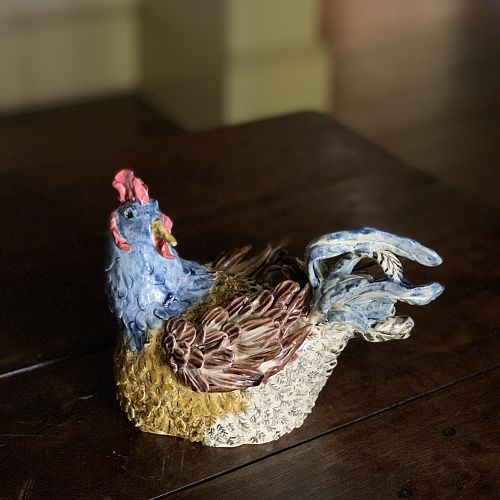 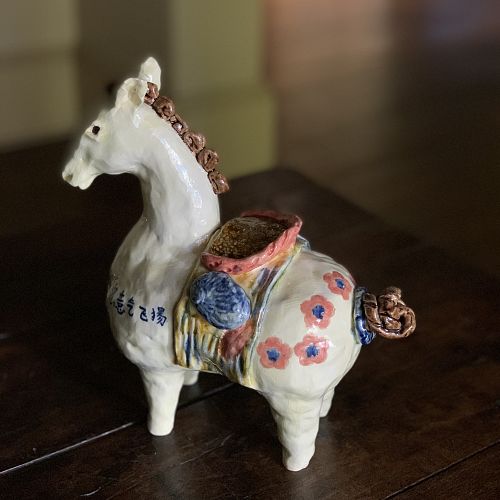