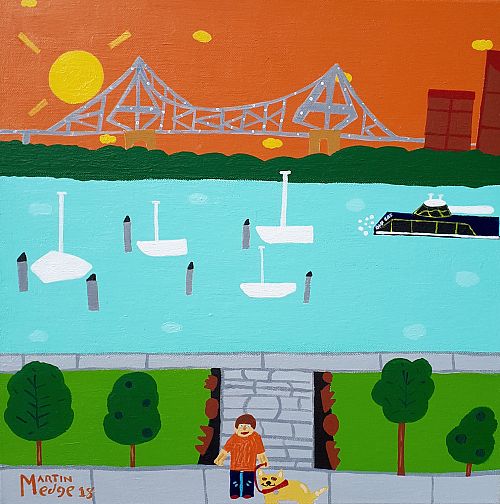 Edge began painting in 2007 and describes himself as a naïve artist who depicts the world according to his everyday life including adventures that he has been on or aspires to undertake.

His work is represented in state and national institutional collections including : The Parliament House Art Collection Canberra, Gold Coast University Hospital, Lady Cilento Children’s Hospital, State Library of Queensland, Maitland Regional Art Gallery and the Moreton Bay Regional Art Collection. In 2009 Edge was a finalist in The Blake Prize for Religious Art and in 2015 was hung in the Archibald’s Salon des Refuse.

Edge paints because it makes him happy. He states, “Painting is life. When I feel tired or sick I sit down to paint and I’m energised and better”.

Martin is an ambassador for Autism Queensland.

Martin is an ambassador for Autism Queensland