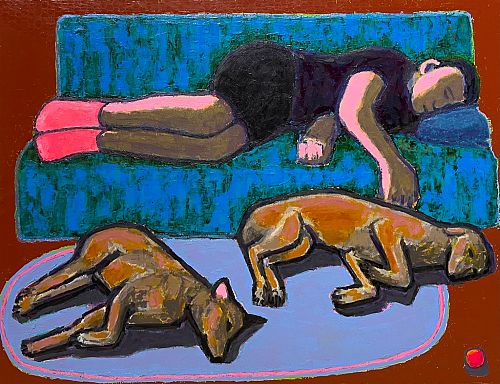 Pink socks
61×80cm acrylic on board 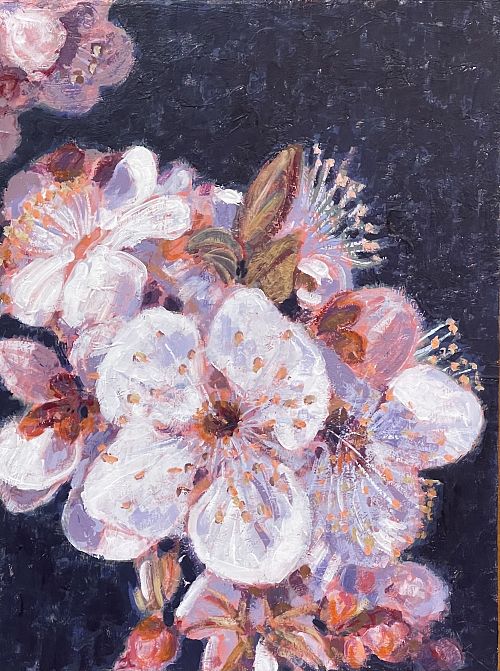 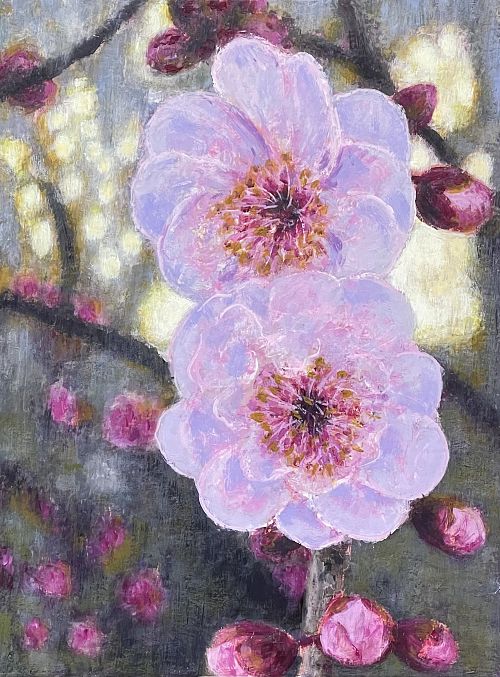 Blossoms
41×30cm acrylic on board 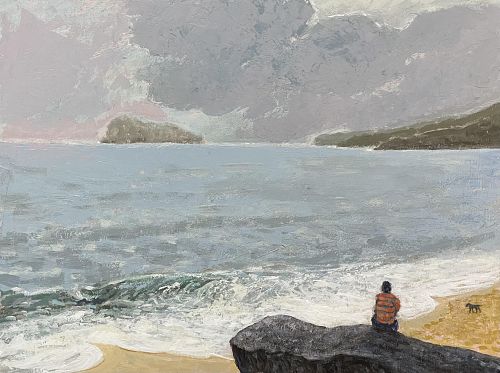 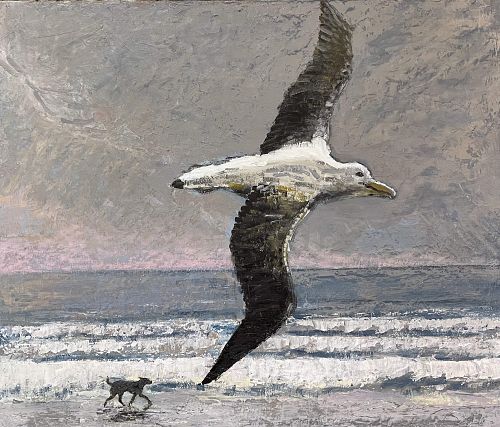 On the beach
52×61cm acrylic on board 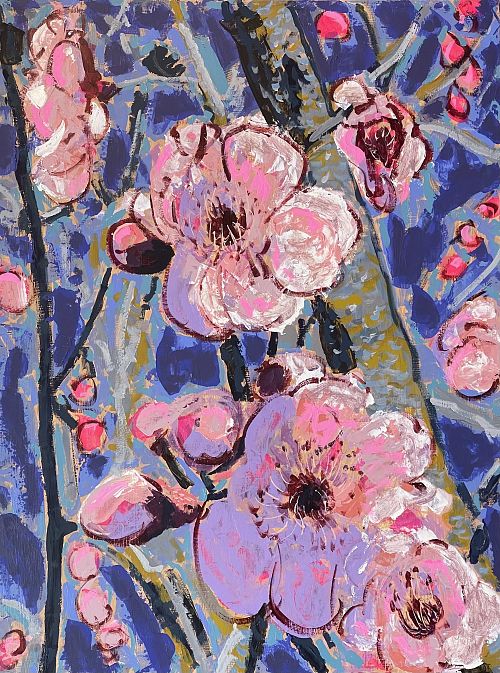 Self-taught artist Peter Baka was born in Adelaide in 1957. Although having exhibited his work in galleries since 1982 he would be considered by many to be an “outsider” artist

His diverse interests are evident from one exhibition to another, while his naive manner of working utilising materials and resources readily available to him provide a common thread. In his assemblages, paintings and etchings he always offers us a delightful view into his idiosyncratic, warm and honest take on the human condition

I have devoted my life to making things. I collect objects which l incorporate into my works. They hold a memory of things past, a different life that l can’t really know, but l begin to construct a narrative with. The story draws me to it “a story of hurt, revenge, love, intensity, or joy” the emotions of the human condition, an interwinding of shapes, systems, and ideas. The assemblages represent an extended playfulness of how we live our lives through these daily acts of experiences

Peter has been represented by Robin Gibson Gallery since 1986. His works are held in numerous private and public collections including the National Gallery of Australia Canberra, and the Art Gallery of South Australia

exhibition walkthrough of 2020 exhibition of etchings by Mischa Baka