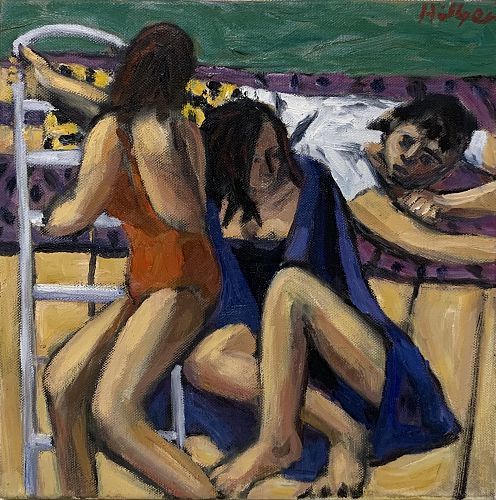 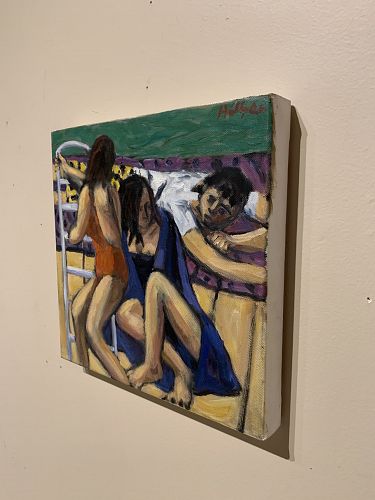 If you require shipping we can recommend a courier 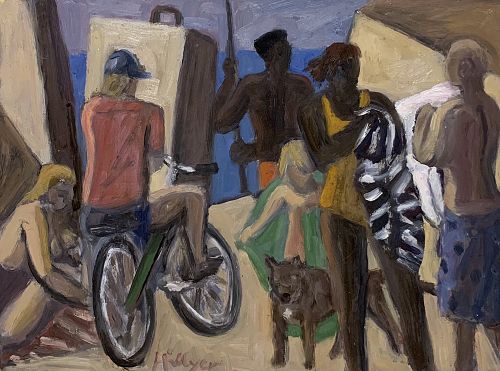 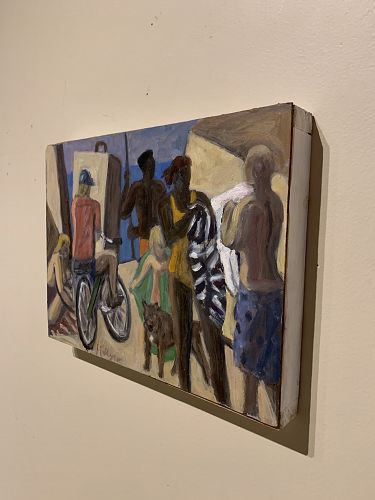 Breakwater bathers
31×41cm oil on board 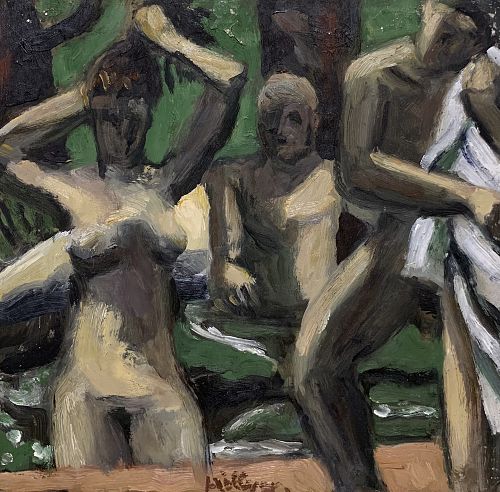 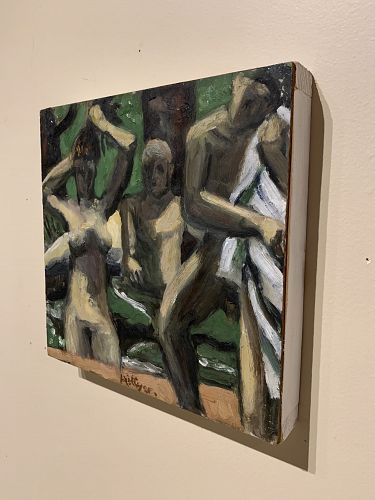 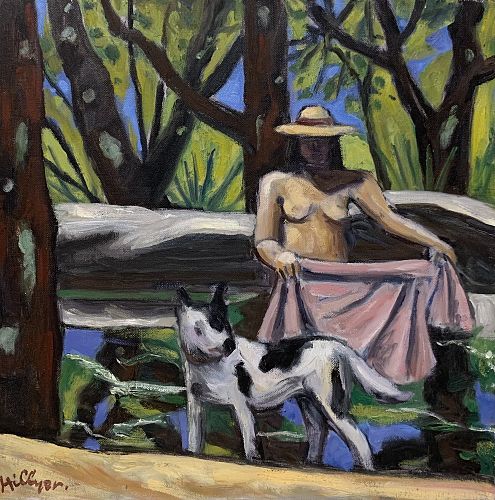 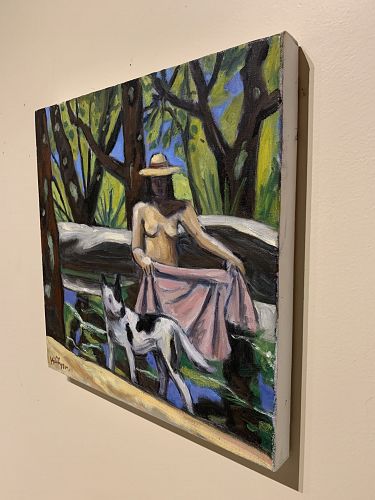 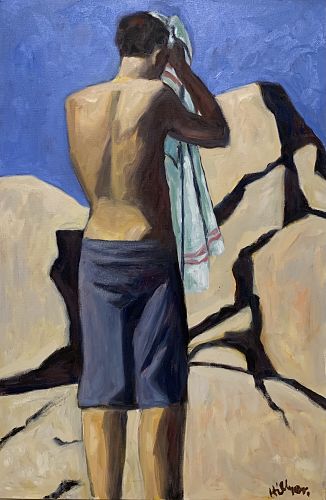 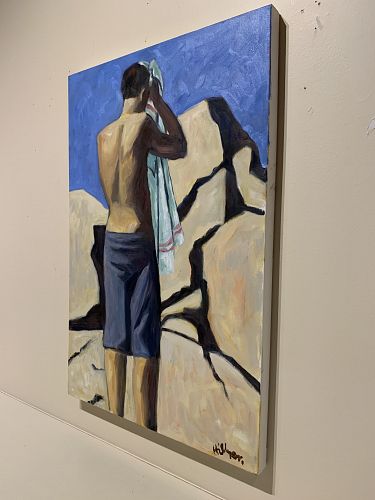 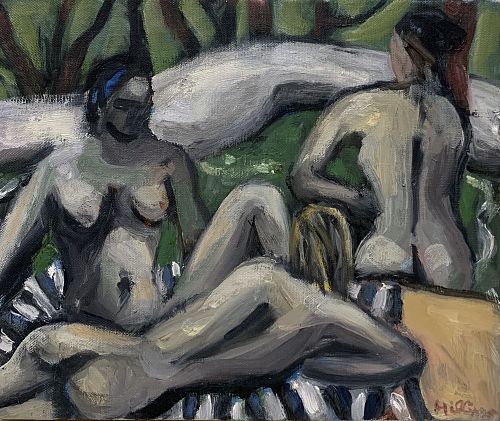 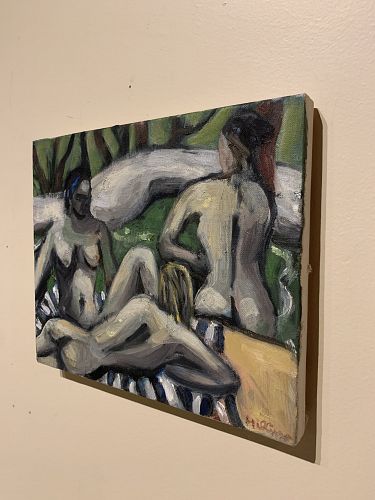 Ted Hillyer was born in Campbelltown, NSW in 1936. He studied at the National Art School, East Sydney, from 1955 to 1959. In 1962, he and his wife, Kathy, settled in the Bellinger Valley. Both taught part-time to support his artistic pursuits.

Hillyer has created images of readily recognisable scenes of the region by using stylised forms, shapes and colour. These are connected by the interplay of light across the picture plane. His painting technique has been influenced by two North American regional artists, Edward Hopper and, to a lesser degree, Alex Colville. Studying Hopper helped Hillyer develop a way to incorporate the human presence in landscapes.

1936 Born at Campbelltown, NSW
1955-59 Studied at the National Art School East Sydney
1962 After a brief period of high school teaching moved to the North Coast of NSW to paint full time