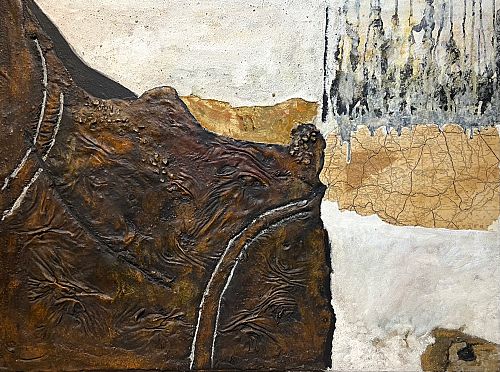 As well as his considerable achievements as a painter, Elwyn Lynn was also of central importance in Australian art as a writer, and art critic, President of the Contemporary Art Society (NSW Branch), Chair of the Visual Arts Board of the Australia Council and Curator of the Power Gallery of Contemporary Art at the University of Sydney for fourteen years. His awards include the Wynne Prize for landscape painting in 1988, an Australia Council Emeritus Award in 1994, and a Membership of the Order of Australia in 1975. In 1991, the Art Gallery of New South Wales mounted a comprehensive Retrospective Exhibition of his work. “Elwyn Lynn: Metaphor and Texture”, a major study of his work by Peter Pinson, was published by Craftsman House in 2002