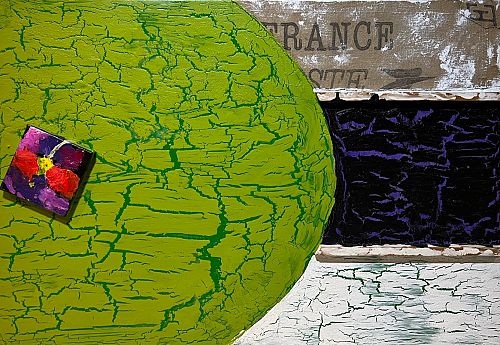 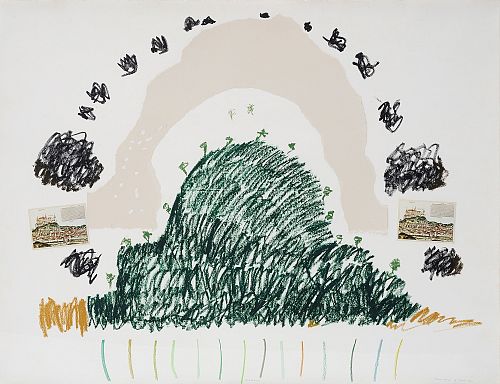 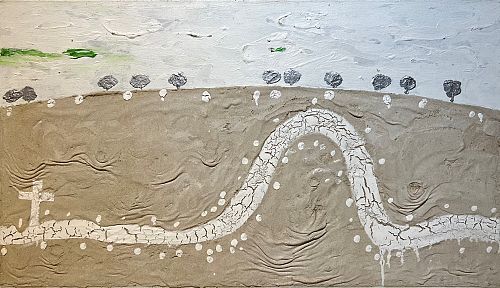 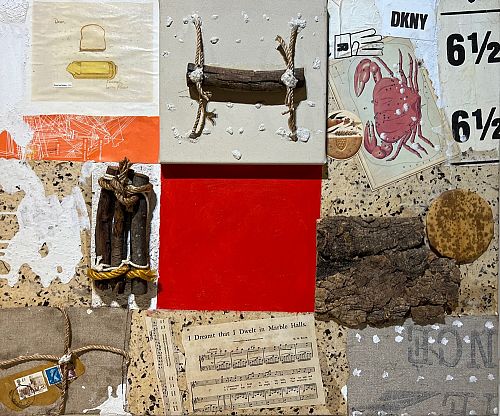 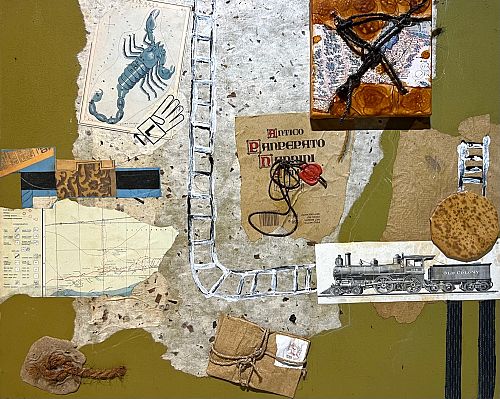 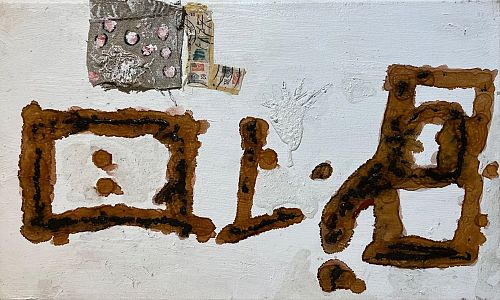 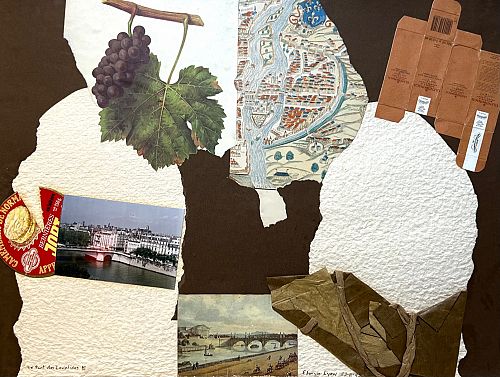 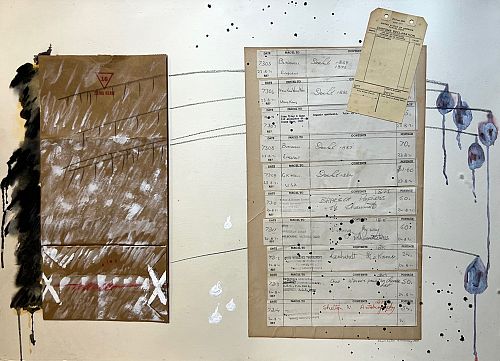 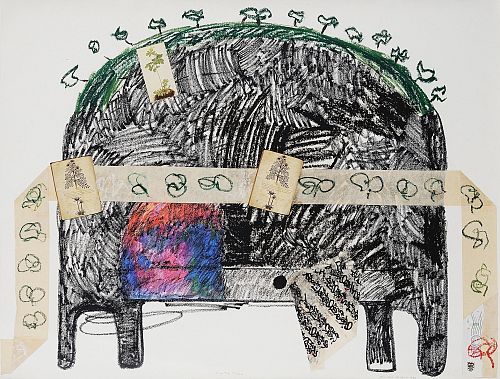 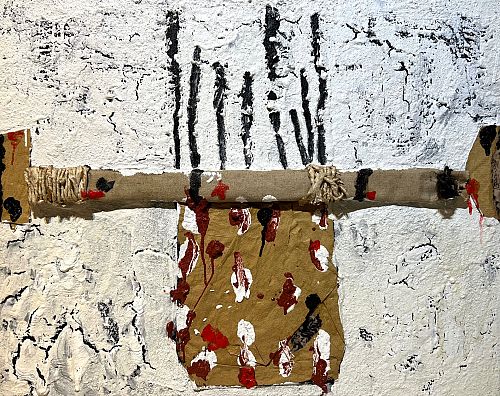 As well as his considerable achievements as a painter, Elwyn Lynn was also of central importance in Australian art as a writer, and art critic, President of the Contemporary Art Society (NSW Branch), Chair of the Visual Arts Board of the Australia Council and Curator of the Power Gallery of Contemporary Art at the University of Sydney for fourteen years. His awards include the Wynne Prize for landscape painting in 1988, an Australia Council Emeritus Award in 1994, and a Membership of the Order of Australia in 1975. In 1991, the Art Gallery of New South Wales mounted a comprehensive Retrospective Exhibition of his work. “Elwyn Lynn: Metaphor and Texture”, a major study of his work, was published by Craftsman House in 2002. Peter Pinson 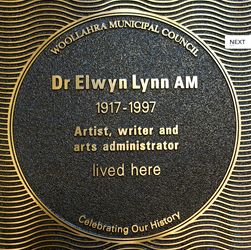 Elwyn ‘Jack’ Lynn (1917-97) was born in Canowindra near Orange, studied at the University Of Sydney, and was self-taught as an artist. He was a schoolmaster in Sydney Secondary schools until 1968 became a prominent advocate of the art of his time through the Contemporary Art Society and as editor of its Broadsheet and was appointed Curator of the Power Gallery of Contemporary Art at Sydney University from 1969 to 1983, where he built up an international collection now within Sydney’s Museum Of Contemporary Art. Lynn was a prolific writer, as art critic at the Australian for many years, and as author of several books on artists including Sidney Nolan.

He first went overseas in 1958, and it was in the Spanish Pavilion at the Venice Biennale that he discovered an artist successfully creating ‘matter’ paintings that he had been attempting. Antoni Tapies in particular was a revelation, in his use of texture to build works that were iconic, timeless and redolent of Spain. Fellow Spaniards Rafael Canogar, Manuel Millers and Antonio Saura also impressed, as did the German texture artist such as Emil Schumacher and Bernard Schultz. Lynn discovered that PVA was the magic ingredient and took a whole can back to Australia. He was then able to develop his own version of the genre creating effects inspired by elements in the landscape of his native, often parched land.

Cloud Burst and Burnt Land and Australia are fine and typical examples of his practice. The former possibly emerges from the deeply etched memories of growing up in the bush where conditions veered from deluge to drought. The sense of the title is cleverly embraced in both the construction, choreography and colouring of the work. Lynn’s Australia has none of the hubris of Baz Luhman’s recent similarly titled manifestation, encapsulating instead a wry and understated national awareness, emblematic of the acute difficulties of imposing any bureaucratic system, postal or other, on a harsh untamed land.